Your Money. Your Child.
Your Choice.

Your Money. Your Child. Your Choice.

In some instances, the government will try to regulate anyone who takes public funds. But when families choose to participate in the features offered by the School Choice Amendment, these families are sheltered by many layers of built-in protection from government regulation:

3)  We add protective language into the Oregon Constitution that prevents the state of Oregon from requiring parents (including home school families) and education providers (including private schools) to change their creed, education practices, teaching credentials or qualifications, admission policy or curricula!

4)  We add protective language into the Oregon Constitution that provides that the actions of parents (including home school families) and education providers (including private schools) are not the actions of the government. This language prevents the government from claiming that it may regulate the parents and education providers because they are merely acting as agents for the government. This language also protects a parents’ choice of type of curriculum or private school.

5)  We added protective language into the Oregon Constitution that provides that parents and education providers who participate in the benefits and protections of the School Choice Amendment will be in a constitutional category that is exempt from compulsory attendance at a public school.

The Amendments do not change how public and private schools educate their students or how parents home school their children. The School Choice Amendment cements into the Oregon Constitution protections for parents and private schools. The Amendment provides a way for parents to receive their share of Oregon’s education dollars to use to pay for home school curriculum, private school tuition, educational therapy, tutors, transportation, computers, testing, and other private education costs. When a parent or education provider participate in the benefits and protections of the Amendment, they are protected from government regulation so that they may continue to teach children in the manner that they do now.

With the financial resources provided by the School Choice Amendment, Oregon families who want to participate and ask for a School Choice Account will receive some of Oregon’s education dollars to help pay for a customized, private education that best suits the needs of their unique children. This may be beneficial for parents who (i) want an alternative to a public school; (ii) lost their job during Covid or for any reason; (iii) do not otherwise have the money to pay for educational items for their children, such as private schooling, educational therapy, tutors; and (iv) need their special needs children to receive specialized educational services in the private setting rather than in a public school.

Allowing Oregon’s education dollars to follow the student to where the student receives education will help Oregon taxpayers. By having some education dollars available to them, parents will be more able to pay for home schooling or private schooling costs. The amount of education dollars provided to parents in a School Choice Account for use in a private education setting will be far less than the cost to educate the same child in a public school. To the extent that students are educated in the less expensive private education setting, there will be an overall savings in the cost to educate Oregon students. And, to the extent that private schools continue to exist to educate some Oregon students, there will not be a sudden influx of tens of thousands of private school students into the public schools leading to overcrowding, a shortage of resources in the public schools, and a higher tax bill for Oregonians.

Both Amendments will benefit public schools, private schools, home school families and most importantly, the students, who will have a real opportunity to get the education best suited to their needs. When education dollars fund the student instead of a system, education outcomes will improve — and that helps everyone in Oregon! 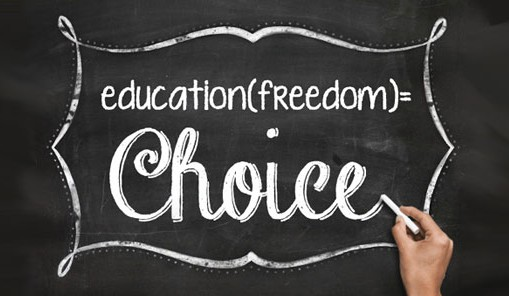 Education Freedom for Oregon is a 501c4 organization. Donations are not deductible as charitable contributions for federal income tax purposes.